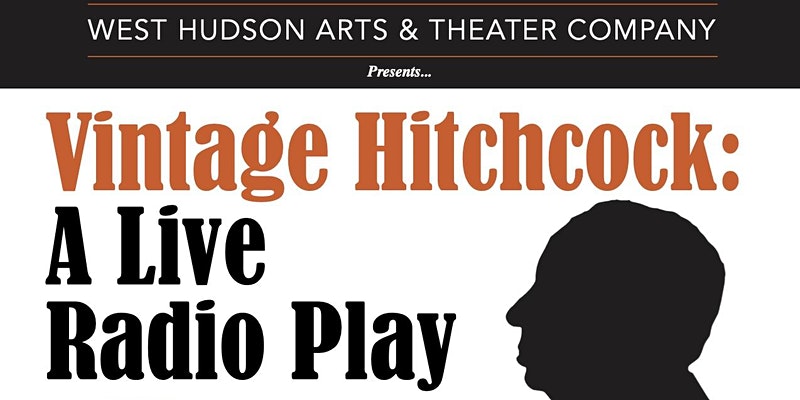 Thank you for your support. For more information, contact tickets@whatco.org
Bring your own blanket, lawn chairs and picnic. Enjoy an evening of theater under the stars with spooky stories from the master of suspense!

Vintage Hitchcock – A Live Radio Play is the brain child of Joe Landry, who also wrote It’s A Wonderful Life, A Radio Play. The entire show is performed as a 1940’s live radio broadcast complete with live Jingles, an Announcer and two Foley Artists creating the sound effects. The cast of fourteen actors play over 60 different characters, so each of the actors will play multiple roles and will be creating many of the sound effects in the show.

The play is derived from three early Hitchcock films. The first, The Lodger, is a tale from turn of the century London, where a poor couple finds a Lodger to rent their spare room so their daughter can return home. Too late the mother suspects the Lodger may be the serial killer known as the Avenger. Can she save her daughter in time? There is only one way to find out.

The second story of the trio is Sabotage. This is a nice warm tale of International Intrigue. We meet Anton Verloc, his wife Winnie and her brother Stevie. Anton owns a cinema but performs sabotage as a foreign agent on the side. As a result of his actions a lot of people die, including two out of three of the family members.

The final tale is called The 39 Steps. This is the story of an intrepid Canadian named Richard Hannay, who gets himself mixed up in murder, mayhem and international plots. The only way for him to clear his name and avoid jail, is to go on the run across the English and Scottish countryside trying to solve the mystery, and who knows he might find love along the way.

Each story is more exciting than the last! Don’t miss out on your chance to see, Vintage Hitchcock – A Live Radio Play!!! 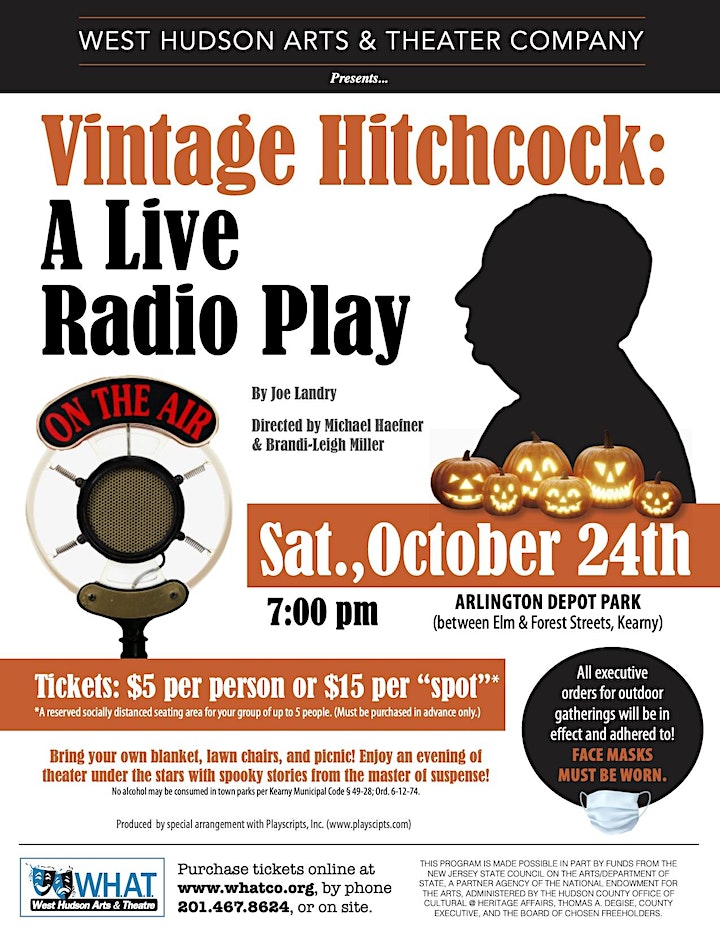