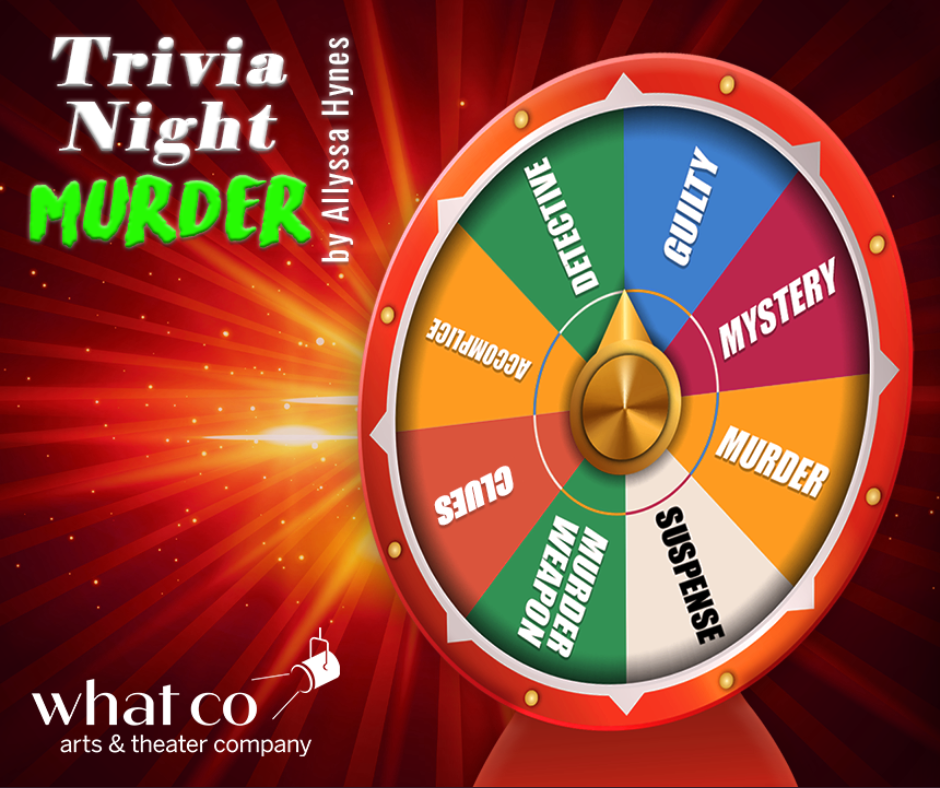 Auditions for Trivia Night Murder will be held in-person as follows:

Actors over the age of 18 are invited to come to auditions where they can read from character sides and show off their improv skills.

A note on COVID-19: Actors will be asked to wear masks during rehearsals until tech week.

Due to the nature of a dinner theater, the audience will not be able to wear masks while eating their meals.

Trivia Night Murder is an interactive comedy murder mystery that will also feature a trivia game for the audience. The story centers on a bar trivia game competition that turns deadly when one team leader dies during the game.

There are scripted roles available for the investigators and suspects, as well as some trivia team leader roles that are improv-only and are not involved in the investigation.

If you are unable to attend either of the audition dates listed above but are still interested in wanting to come out for Trivia Night Murder, contact Allyssa Hynes at whatmm@whatconj.org.

* Stage and technical crew and other volunteers are also needed for this production! To volunteer, contact admin@whatconj.org.