Hands on a Hardbody

An event every week that begins at 7:30 pm on Friday and Saturday, repeating until May 7, 2022 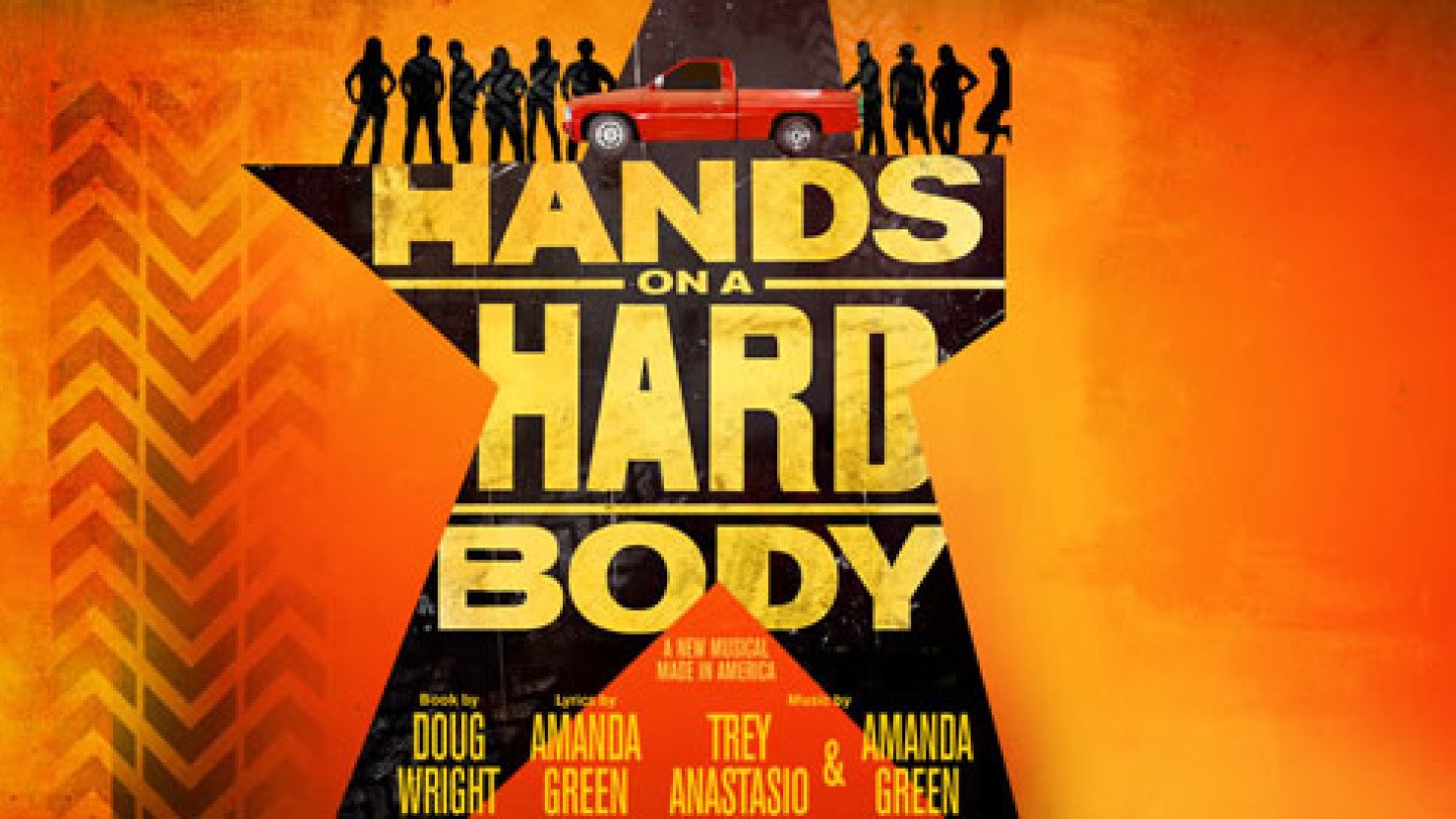 For 10 hard-luck Texans, a new lease on life is so close they can touch it. Under a scorching sun for days on end, armed with nothing but hope, humor and ambition, they’ll fight to keep at least one hand on a brand-new truck in order to win it. In the hilarious, hard-fought contest that is Hands on a Hardbody only one winner can drive away with the American Dream. Inspired by the true events of the acclaimed 1997 documentary of the same name by S.R. Bindler, produced by Kevin Morris and Bindler.